ZoneFlex H500 is the new wired and wireless wall switch

Please note the H500 is now end of life and has been superseded by the Ruckus H510.

The ZoneFlex H500 is the new wired and wireless wall switch from Ruckus, taking over from the previous and popular 7055 wall switch. The company from Sunnyvale, California have now upgraded their switches to the faster 802.11ac wireless networking standard, with integrated dual band concurrent 2.4GHz and 5GHz radios.

They have also incorporated some of the key features of Ruckus' indoor range, such as BeamFlex, and their dual polarized antenna array. Being "mobile device ready", the H500 should adapt in real-time to the location and orientation of a client's device, designed to offer a more dependable and reliable throughput.

Fashioned with hotel guest rooms, student lodgings, and multi-dwelling accommodations in mind, the ZoneFlex H500 is all set to supply an easy way to proposition multiple connections to a single room, without the usual labyrinth of cables trailing untidily across the room, even if this wouldn't look out of place in most student's dorms. But I digress.

Including four wired Ethernet ports, the H500 can additionally be used to connect and power other network equipment such as IP phones and IPTV, potentially allowing residents to stream media and make phone calls over the internet via this connection. The likelihood of someone in a hotel or university dorm having a VOIP phone is a matter for another time.

Only released to the market on the 10th of March this year with an RRP of £252 (in the same price bracket as its 802.11n predecessor), we haven't had enough time to really test the capabilities of this new access point to see what they can do, but given the time it has taken to develop and ultimately release this new wall switch, hopefully it will live up to the usual expectations of Ruckus' products.

The ZoneFlex H510 is a converged Wave 2 802.11ac AP and Ethernet switch in a compact and discrete wall-plate form-factor.
Blog 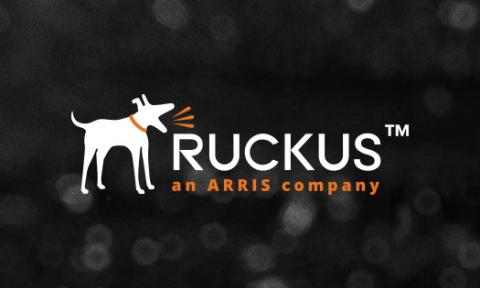 Ruckus has just released their flagship indoor access point, the Ruckus R730. It is their first 802.11ax product and has be launched with their Ultra-High Density technology suite.