802.11af, also called Super Wi-Fi or White-Fi, employs unused TV spectrum at frequencies between 54MHz and 790MHz, over very long ranges (possibly several miles). It can offer reasonable throughput, perhaps 24Mb/s. It has similar applications as 802.11ah, also known as Low Power Wi-Fi, which will provide bandwidth for sensors and monitors in gadgets and appliances that will join up to create the Internet Of Things.

The Internet of Things (IoT) is the interconnection of uniquely identifiable embedded computing devices within the existing Internet infrastructure. Typically, IoT is expected to offer advanced connectivity of devices, systems, and services that goes beyond machine-to-machine communications and covers a variety of protocols, domains, and applications. The interconnection of these embedded devices (including smart objects), is expected to usher in automation in nearly all fields, while also enabling advanced applications like a Smart Grid.

Things, in the IoT, can refer to a wide variety of devices such as heart monitoring implants, biochip transponders on farm animals, automobiles with built-in sensors, or field operation devices that assist fire-fighters in search and rescue. Current market examples include smart thermostat systems and washer/dryers that utilize wifi for remote monitoring.

According to a study, there will be nearly 26 - 30 billion devices on the Internet of Things by 2020. ABI Research estimates that more than 30 billion devices will be wirelessly connected to the Internet of Things (Internet of Everything) by 2020. As per a recent survey and study done by Pew Research Internet Project, a large majority of the technology experts and engaged Internet users who responded agreed with the notion that the Internet/Cloud of Things, embedded and wearable computing will have widespread and beneficial effects by 2025. It is, as such, clear that the IoT will consist of a very large number of devices being connected to the Internet.

Integration with the Internet implies that devices will utilize an IP address as a unique identifier. However, due to the limited address space of IPv4 (which allows for 4.3 billion unique addresses), objects in the IoT will have to use IPv6 to accommodate the extremely large address space required. Objects in the IoT will not only be devices with sensory capabilities, but also provide actuation capabilities (e.g., bulbs or locks controlled over the Internet). To a large extent, the future of the Internet of Things will not be possible without the support of IPv6; and consequently the global adoption of IPv6 in the coming years will be critical for the successful development of the IoT in the future.

The embedded computing nature of many IoT devices means that low-cost computing platforms are likely to be used. In fact, to minimize the impact of such devices on the environment and energy consumption, low-power radios are likely to be used for connection to the Internet. Such low-power radios do not use WiFi, or well established Cellular Network technologies, and remain an actively developing research area. However, the IoT will not be composed only of embedded devices, since higher order computing devices will be needed to perform heavier duty tasks (routing, switching, data processing, etc.)

So it looks like the future of wireless IoT is going to expand into every part of our lives to make it easier to access information and processes more than ever. 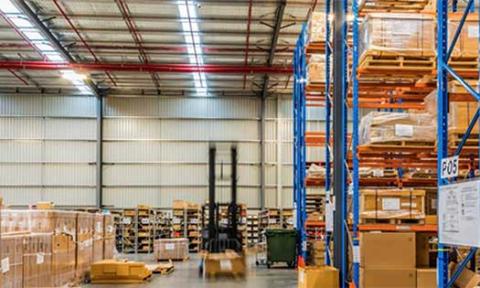 Industrial Revolution 4.0 and the IIoT

The Internet of Things IoT is promising to change the way we live. 'Internet of Things' is the amalgamation of things or better worded objects, which contain electronic sensors and wireless network connectivity without the need for human interaction.