Is your wireless video surveillance network suffering from outages due to interference? Is your network lagging due to bandwidth? Are you thinking of deploying your first CCTV network with wireless backhaul but don’t know who to look to?

Fibre isn't a practical solution for many security deployments new or existing. Even wireless networking equipment operating in the 5GHz spectrum might not be a practical solution for you today. With advancements in technology at the edge, higher demands are placed on the underlying networking infrastructure. As wireless technology has evolved, multi-gigabit capable links in virtually interference free spectrums are available.

You might fit into the category of one of the primary end users for Video Security; MOD, council, venue, car parking business just to name a few. Or you might be an integrator of Video Surveillance. A System Integrator (SI), dealer or installer is typically employed to design and install networks capable of delivering reliable video surveillance connectivity.

SI's are often involved in all phases of such a network - selling, installing and maintaining the security system including the network itself. As an SI's specialisation may not be in wireless, we often find them reaching out to us to plan, design and sometimes even deploy the wireless infrastructure for the contracted surveillance. We have helped dozens of integrators, from global conglomerates to smaller owner-run ones.

Another type of professional we often deal with is consultants that are security focused.

Many Video Surveillance deployments rely on reliable wireless connectivity. Unreliable connections are not and should not be an option, yet unfortunately too often do we come across poorly designed surveillance networks that didn't take into account interference factors prone to networks built on the 5GHz spectrum that required a more robust alternative. Don't get me wrong, there is nothing wrong with using 5GHz or even 2.4GHz radios in the right environment, however in high density environments such as city centres, they are more often than not inadequate solutions.

Take these Smart Cities as an example which are increasingly turning to Video Surveillance as a key method for enhancing safety and are deploying more cameras every year. Cameras installed in Smart Cities are often HD 4K and PTZ requiring tens of Megabits per second (Mbps) of reliable capacity. In addition, the quality of the video is of paramount importance requiring no dropped frames, low latency and low jitter rates.

I already mentioned two sub 6GHz wireless spectrums that have been used extensively by System Integrators of Video Surveillance systems. These networks are capable of supporting 100's of Megabits per second, which is ideal for standard resolution cameras, and in many cases HD as well in areas that are not overly congested.

There are two trends you may run into with a Sub 6GHz network.

The first – interference. The 5GHz WiFi band, is widely adopted and available everywhere. Unfortunately, with such an adoption WiFi interference is growing fast. Reality shows that when there is a crowded event where multiple devices such as WiFi Access Points are all competing for the same wireless frequency, wireless connectivity solutions cannot be counted on to deliver reliable video surveillance connectivity. Unfortunately, that's physics.

The second trend is the increasing demand for higher resolutions (4K), faster frame rates (10 frames per second is typical) and full PTZ functionality. All of this means a standard 4K camera operating at 24fps can consume anywhere from 10Mbps up to 40Mbps per camera. If four cameras are deployed on a single pole or location, that could result in as much as 400 Mbps. This means that for some deployments WiFi point-to-point bridges are not up to the job and you need mmW base stations.

DigitalAir can manage the planning, designing, integration and even maintenance should you require it for the network powering your Video Surveillance network. If you are looking for sub 6GHz technology or higher capacity which can be delivered through mmWave systems, one of the primary concerns regarding the use of wireless for video surveillance connectivity is reliability. We only plan and design networks that use industry leading technology from manufacturers that are tried and tested, such as the market-leading brand Siklu. Many SI's have only used fibre when deploying a video surveillance network which is fast, secure and typically meets all the requirements for video traffic. While fibre meets the technical requirements, fibre is not ubiquitously available either across cities or corporate campuses. If fibre does not go where it is needed, this is where the right wireless network can step in and extend that reliable, secure fibre environment wirelessly. For critical CCTV networks we typically plan for Siklu hardware and supporting back up links that could be Siklu or a more budget brand; LigoWave or Cambium Networks.

Fibre's speed and reliability are great, but the price tag, time and disruption of its installation aren't. Wireless networks can be installed in under a day.

However, like many solutions in the security market, technological advancements in wireless systems has put to rest concerns about using wireless for surveillance networks, thanks to the introduction of a reliable, easy to install and cost-conscious solutions that are also highly secure.

Solutions operating in the 60/70/80 GHz uncontested bands (Siklu’s mmWave) will extend your video surveillance network where fibre is not available - on time and on budget.

I have said it several times in this article, but I will repeat myself for clarity. The mmW wireless radios operate virtually interference free, that is interface is not an issue in these bands today nor is it likely to be a concern tomorrow. This is due to several factors, the first of which are the basic characteristics of mmWave signals themselves.

mmWave signals use very narrow beams meaning spatial separation of a foot or so can be enough to avoid self-interference for systems operating on the same frequency. This means you can have a lot of radios operating in these frequencies close to each other and still see no changes to performance.

The bands being referred to here are 60/70/80GHz have a total spectrum of 24GHz available. To put that into comparison against 5GHz radios, they have at most 450MHz. With 24GHz to choose from mmWave systems also avoid interference with massive frequency diversity/selection.

*Depending on the project

Wireless networking is one the toughest IT video security challenges of today. DigitalAir's expertise ensures your video surveillance network will perform wherever a camera is needed. 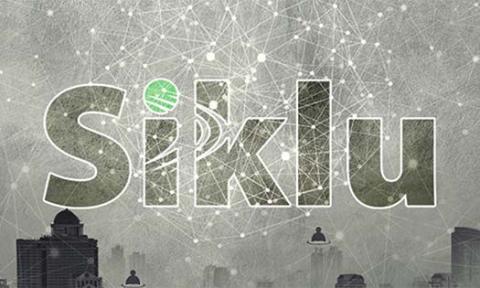 Siklu technology brings scalability, multigigabit capacity and reliability to the market, and they are dedicated to delivering great value solutions that deliver flawless, predicated performance. Coupled with DigitalAir's excellent professional backhaul services, it is a match made in heaven. 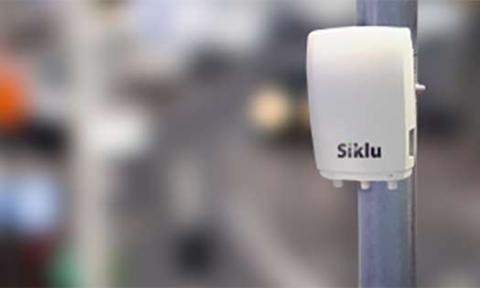 MultiHaul is a Multi-Gigabit throughput, in an always-on Point-to-Multipoint radio operating over millimeter waves. 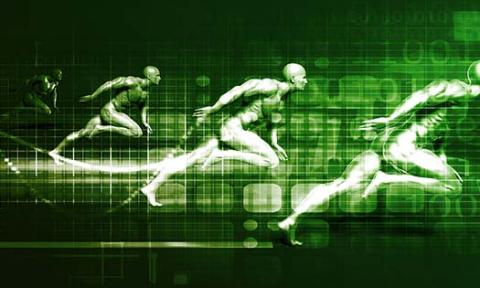 Wireless manufactures have been making multi-gigabit links for a while now, so the technology has matured significantly. Deploying a link across a two-mile stretch can easily achieve five nines availability. However, we come across customers needing to extend the stretch to five, six or more miles which when deploying E-band equipment creates a link between availability vs rain.