Back in January the UK's Ofcom announced that they would be making more spectrum available for WiFi 6 (500 MHz) naming it WiFi 6E (for extended). This new spectrum band will be between 5925-6425 MHz which will allow many more channels for Access Points to use and we see it as the biggest upgrade to Wi-Fi to date!

Think of the new frequency band as an extra motorway alongside an existing one. Clients will not only be able to use the 2.4GHz and 5GHz but now 6Ghz as well.

WiFi 6E 6Ghz will only support 802.11ax devices leaving older legacy devices to stay on the 2.4/5Ghz bands. Think of this as everyone using this new motorway would be driving a Ferrari.

In a change to how clients have traditionally made the decision to roam between AP's, WiFi 6E AP's will make the decision for the client device to roam due to it having a better understanding of the overall environment. We are extremely interested to see how this is going to be implemented in principle and how effective it will be.

Yes, once again manufacturers will be rubbing their hands to the thoughts of another series of access points as they release new tri-band access points (2.4/5/6Ghz). So expect to see these by the middle of 2021 as they start to be released.

For the typical enterprise deployment, WiFi 6E brings the opportunity to actually use 80 MHz channels and provide much higher bandwidths. Due to the lack of spectrum in 5Ghz 80 MHz channels have been almost impossible to implement with most deployments using a 20/40 Mhz channel width.  Six 80 Mhz channels will mean that channel planning will allow designers to get to the seventh access point before having to re-use an existing 80 Mhz channel. With most large enterprise open-plan offices utilising more than a dozen access points per floor this is a welcome design benefit.

Business Critical Devices - Healthcare, manufacturing, and other industries that use devices that are critical to their business can now utilise the WiFi 6E 6 GHz band for these devices whilst keeping existing non-critical devices such as data access, guest access, and other wifi devices on the 2.4/5Ghz. Think of a hospital that is using wearable patient monitoring devices or critical care equipment that utilises WiFi for its communications.  This would now have its own interference-free, uncontended band to ensure the delivery of these services.

Stadiums and Public Venues - With a mixture of the 5 and 6Ghz bands we believe that there is now enough spectrum to truly deliver a solution in a stadium that can actually perform.  In the past stadium WiFi using 5Ghz only has been plagued with issues of co-channel interference resulting in a high noise floor which delivered an average performance at best.  Using both 5 and 6 GHz bands now means that there are 43 channels available if using 20 MHz channel widths. (19 in 5Ghz and 25 in 6 GHz). This would mean that an entire stand on one side of a premiership stadium could be covered before reusing a frequency.  Welcome to video playback, in-play betting, and ordering that half time pint from your seat.

Education - The benefits for the education sector are massive as they look to have even more bandwidth available for learning. Students have always been heavy WiFi users and both in the classroom and in their accommodation and with more eLearning being delivered via WiFi streaming with their demands for bandwidth look to only increase. WiFi 6E will help deliver in this demanding environment and enable content delivery that was not possible before.

6Ghz and the advantages of using 802.11ax together is a match made in heaven and we can't wait to start to design our client's networks with this new standard. For the first time, we will be able to create differentiated services for customers and guarantee performance for their business-critical applications.

If you would like more information about how WiFi 6E could help your business please get in touch. 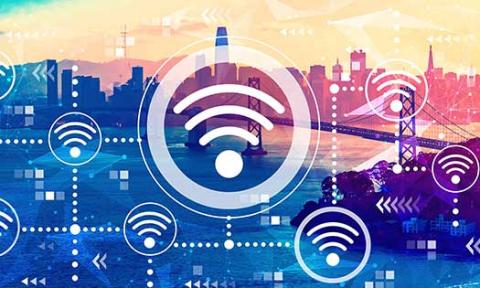 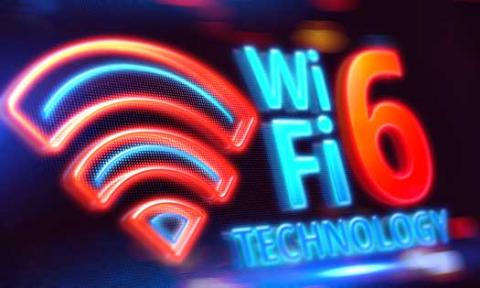