The New Wireless LAN protocols that are replacing 802.11n which is the 802.11ac standard is starting to appear in the real world market place, which is designed to improve the WLAN capabilities to compete and replace wired LAN networks. The main basis of the evolution is one of increased throughput and efficiency of delivery to the clients.

But what will come after 802.11ac? The fact is, there are ever increasing requirements that we as users need to satisfy our transfer of digital data, and the 2.4Ghz & 5Ghz frequency bands are quickly showing their limits.

So 802.11ad is in the roadmap for the IEEE groups list of defined protocols that will be used in future wireless tech. But it is not an extension of the 802.11n protocol like ac is. This is because 802.11ad uses the 60ghz frequency band.

What does this mean? Are we replacing 2.4Ghz & 5Ghz with the millimetre wave frequency of 60Ghz?

To better understand this question, let us look at the properties of 60Ghz in the indoor environment. 60Ghz does not pass through physical materials very well, unlike 2.4Ghz and to a lesser extent 5Ghz. So you could only use it in the same room. Line of sight will be the best way to get a link, and with the legal power output likely to be quite low, the range will be very small, say 5-10 meters. So more of an Ad-Hoc sort of connection will be its likely use, say high data transmission like HD video or data backups from devices to storage. Beam forming will pay a predominant role in the AD standard, so obstacles in the room (furniture, people etc) could be circumnavigated to achieve connectivity, but walls will stop the signal all together.

Data throughput is expected to reach as high as 7Gbps. This is achieved by using channel bandwidth of about 2.16Ghz from the 57ghz-66ghz for European Locations, which effectively gives us 4 available channels.

The AD standard is not directly backward compatible with 802.11n or 802.11ac standards, so for a wireless device to use the benefits of the 802.11ad standard, it will likely require a wireless chipset that has 2.4/5Ghz & 60Ghz radios. Whether the chipsets that will be manufactured will contain all three radio chipsets remains to be seen, as 802.11ad hardware does not commercially exist.

So the answer to the question as to whether 802.11ad will replace 802.11ac, I would say no if it is a standalone frequency protocol, in which case it will be used alongside the 802.11ac standard for its own primary uses which differ from previous standards.

Ruckus has just released their flagship indoor access point, the Ruckus R730. It is their first 802.11ax product and has be launched with their Ultra-High Density technology suite.
Blog

As the ratification and release of 802.11ax network products looms ever closer, more and more information is coming out about the next jump in WiFi technology, which will no doubt lead to many questions about how this effects business wireless use. 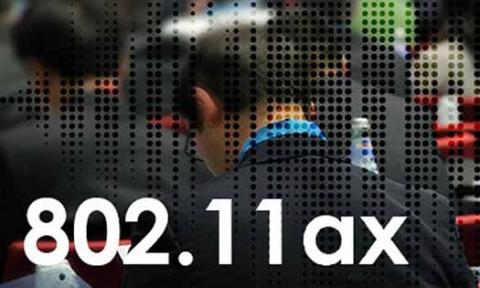